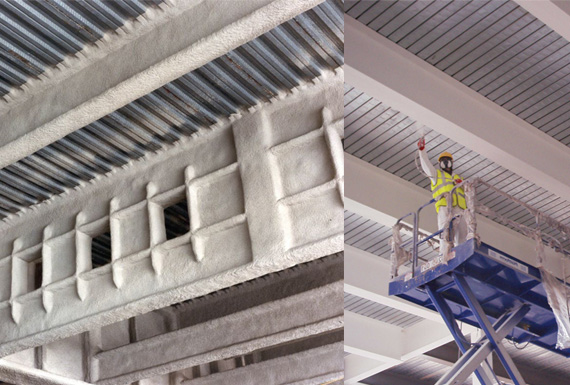 The first thoughts that come to mind about San Francisco and the Bay Area are historic: the Golden Gate Bridge, cable cars, steep hills, and the eclectic architecture. Freas Plastering Company, headquartered in Concord, California, has been an important part of constructing the interesting architecture, which makes San Francisco and its surroundings unique.

Don Freas started his union institutional and commercial plastering company in 1990. “It was a dream of mine that came together in 1990,” says Don Freas, president. Freas’ desire to open his own plastering construction company dates back to the early 1980s. Freas began his plastering vocation in 1969, serving a four-year union plastering apprenticeship in San Francisco. “Before I began my company, I worked primarily downtown San Francisco for 20 years for several major union plastering and drywall contractors,” says Freas. During most of his years as an employee, Freas also had the opportunity to work on projects as a supervisor in the Greater San Francisco Bay Area, which includes the economically well-developed Alameda, San Jose, and Contra Costa Counties. “I got into different management roles for larger companies, and I did that up until I started my own business,” he explains. Due to his experience on numerous types of commercial projects and his leadership roles, Freas felt he had the expertise and desire to begin his own plastering construction company.

Nothing but positive reviews
Read Review